Christians & Muslims: Do They Worship the Same God?

A common misconception among the uninformed is that Muslims worship the same God as Christians. Many well-meaning church leaders have been accused of saying this, among them Rick Warren and Brian Houston. Both have denied the charge, but both created quite a controversy around this issue. Former President Bush, himself a professed Christian, was on national television stating Christians and Muslims worship the same God. Other politicians and celebrities have made the same claim, honestly believing they are correct, but they are woefully ignorant.

Two reasons generally are given to those who hold this view. The first is that both Islam and Christianity (and Judaism) trace their spiritual roots back to Abraham, and we all worship the God of Abraham; therefore we worship the same God. The second is the idea that since Arabic-speaking Christians worship a God they call Allah, and Muslims also worship Allah, it must be the same God because the two Gods share the same name. This makes about as much sense as assuming that since my wife's name is Christine, any other woman with the same name must likewise be my wife!

Do Muslims and Christians worship the same God? We can answer this question by examining the attributes of each deity and making a simple comparison. Below I have listed 10 distinct areas of significant differences between the two.

3. ALLAH IS CALLED THE GREATEST (OR BEST) OF DECEIVERS, YHWH - NO DECEIT FOUND IN HIM

NOTE: THE THREE ATTRIBUTES ABOVE WHICH DESCRIBE ALLAH (LEADS PEOPLE ASTRAY, RESPONSIBLE FOR EVIL, GREATEST DECEIVER) ARE THE SAME ATTRIBUTES THE BIBLE ASCRIBES TO SATAN!

4. ALLAH UNKNOWABLE, YHWH CAN BE KNOWN

From scholar al-Ghazali: "The end result of the knowledge of the `arifin is their inability to know Him, and their knowledge is, in truth, that they do not know Him and that it is absolutely impossible for them to know Him."

Fadlou Shehadi, a contemporary scholar of Al-Ghazali, after analyzing Al-Ghazali's arguments about the transcendence of God, concludes,

From all the foregoing, one important consequence has to be drawn.

If God is a unique kind of being unlike any other being in any respect, more specifically, unlike anything known to man, it would have to follow by Ghazali's own principles that God is utterly unknowable. For, according to Ghazali, things are known by their likenesses, and what is utterly unlike what is known to man cannot be known. Furthermore, God would have to be unknowable, completely unknowable, not only to 'the man in the street', but to prophets and mystics as well. This is a conclusion that Ghazali states very explicitly and not infrequently. It is also a view that is often stated independently of its logical relation to God's utter uniqueness.

Al-Ghazali: “Love is to sense a need of the beloved and since Allah cannot be said to have a need or an experience of need, it is therefore impossible that Allah should love.”

Since Allah cannot be known (too transcendent to be known), it stand to reason that he also cannot be relational, since a relationship implies by definition the ability to know the one with whom you have a relationship.

Throughout the Bible, God shows that He desires a relationship with us. We are called God's children, and God is called our Father. We are even encouraged to call Him a name, Abba, which is a loving name similar to "Daddy."

Muslims understand God (Allah) as absolutely single. He has no partners (as the Christian Trinity). In fact, the Qur'an is very clear that anyone who says God is anything but a single entity is guilty of blasphemy.

Muslims believe God created mankind, and gave mankind all the attributes that make us human. But how can Allah have the attribute of love if he is an absolutely singular god? Before we were created, who did Allah love?

Love requires at least two people: a lover, and an object of the lover's love. But if Allah was alone by himself in eternity before creation, whom did he love?

The trinity of Christianity helps us make sense of who we are, since we love. Muslims also claim the ability to love, but where do they get that from? They can't get it from Allah, because Allah cannot be defined as "love."

On the day of judgment, Muslims believe their good deeds will be weighed on a scale with their bad deeds. If the good outweighs the bad, they might go to heaven. (Sura 23:101-104; Sura 101)

But here is the problem: If their bad deeds are heavier, they will face punishment in hell. But as we see in the verses above, it is Allah who causes them to do bad things. So how can Allah punish them for doing the bad things that he causes them to do? This is not justice.

Muslims are described in the Quran as merely slaves or servants. Islam means “to submit” as a slave does to a master. The most common name among males is Abdullah – slave of God.

Being righteous entails doing what Allah commands, just as an obedient slave would do.

We already mentioned that Islam itself means "to submit" to Allah and be obedient, and a Muslim by definition is "one who submits" and does what Allah commands.
Allah says, and a Muslim does. That is the picture of relationship in Islam. There is no understanding of love or true relationship.

Muslims believe Allah is totally transcendent, distant, and removed from the reach of man that he cannot possibly be known outside his revealed scripture (the Quran). Allah does not have a relationship of intimacy with his creation, nor does he interact with his creation. And Allah would never lower himself to actually participate in his creation in the form of taking on human flesh.

Sura 112: Say: “He is Allah, Absolute Oneness, Allah, the Everlasting Sustainer of all. He has not given birth and was not born, and no one is comparable to Him.”

In light of the comparisons above, one cannot honestly say Muslims and Christians worship the same God.

THANK YOU for Your Prayers & Support! 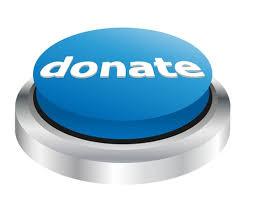 Support Us When You Shop on Amazon!

Select "Radical Truth" as Your Charity on Smile.Amazon.com